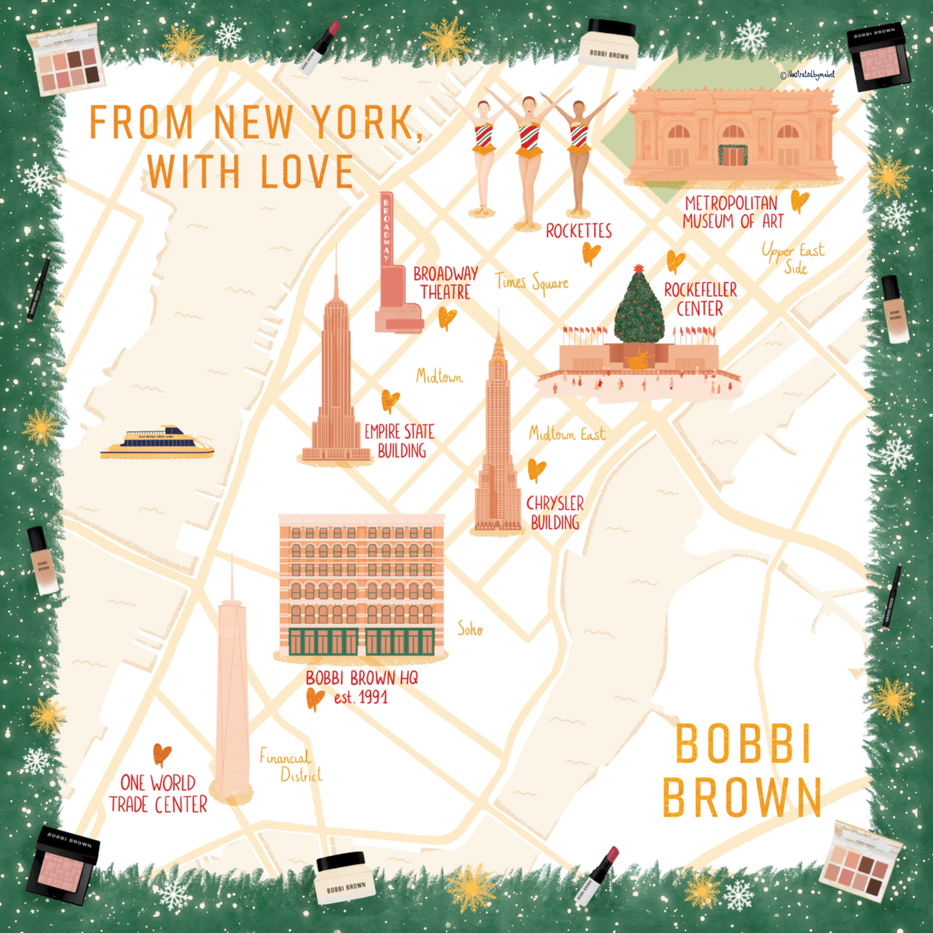 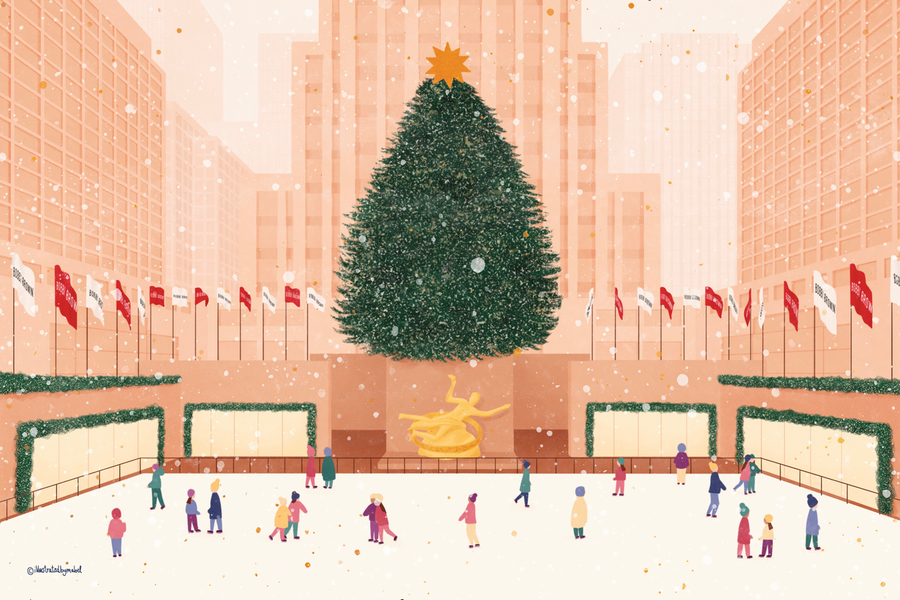 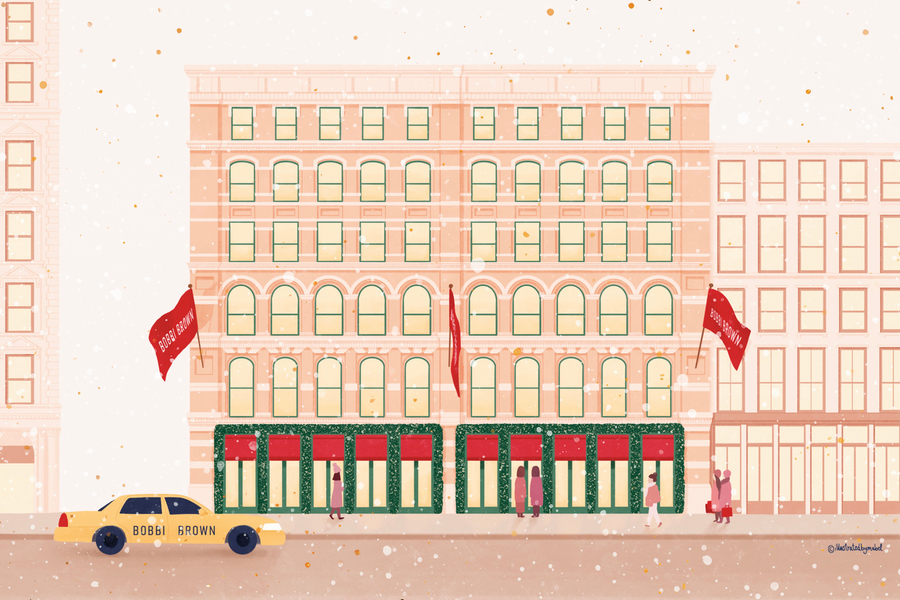 I’ve been commissioned this illustrated map of New York alongside an illustration of Rockefeller Center by Bobbi Brown for their Christmas 2021 campaign.

The map celebrates the city of New York, where the company is headquartered, through some of its most famous landmarks. The other illustrations, part of the same series, show some of the most iconic Christmas spots in New York. The illustrations were sent out in the form of a mailer to influencers to promote Bobbi Brown’s festive collection. To see more of my illustrated maps click here. 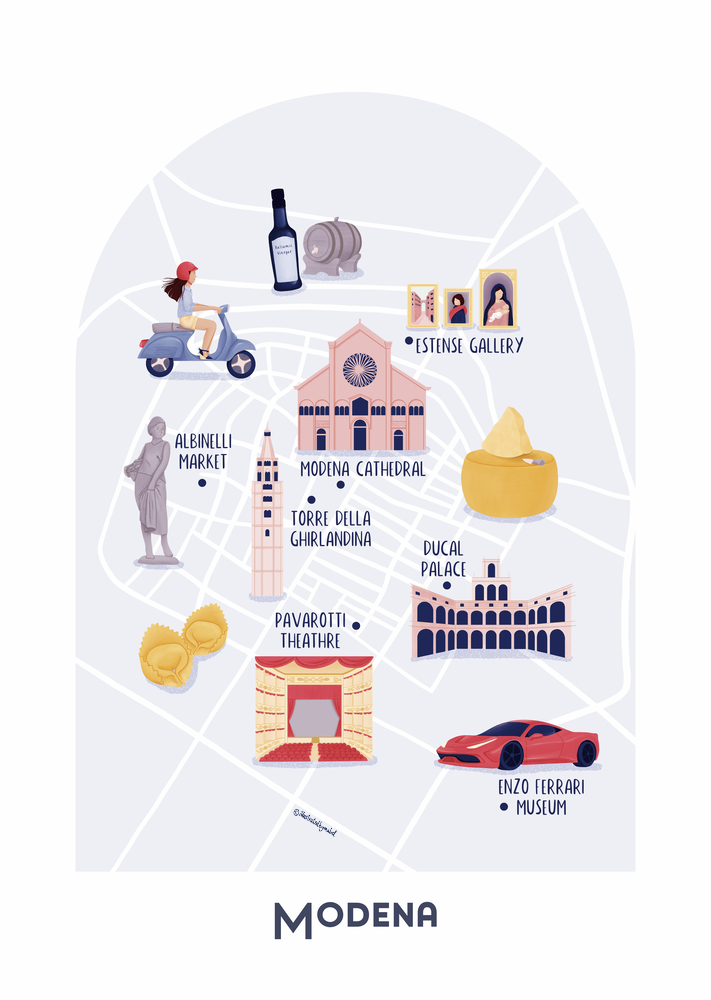 Maps
We use cookies on our website to give you the most relevant experience by remembering your preferences and repeat visits. By clicking “Accept”, you consent to the use of ALL the cookies.
.
Cookie SettingsAccept
Manage consent